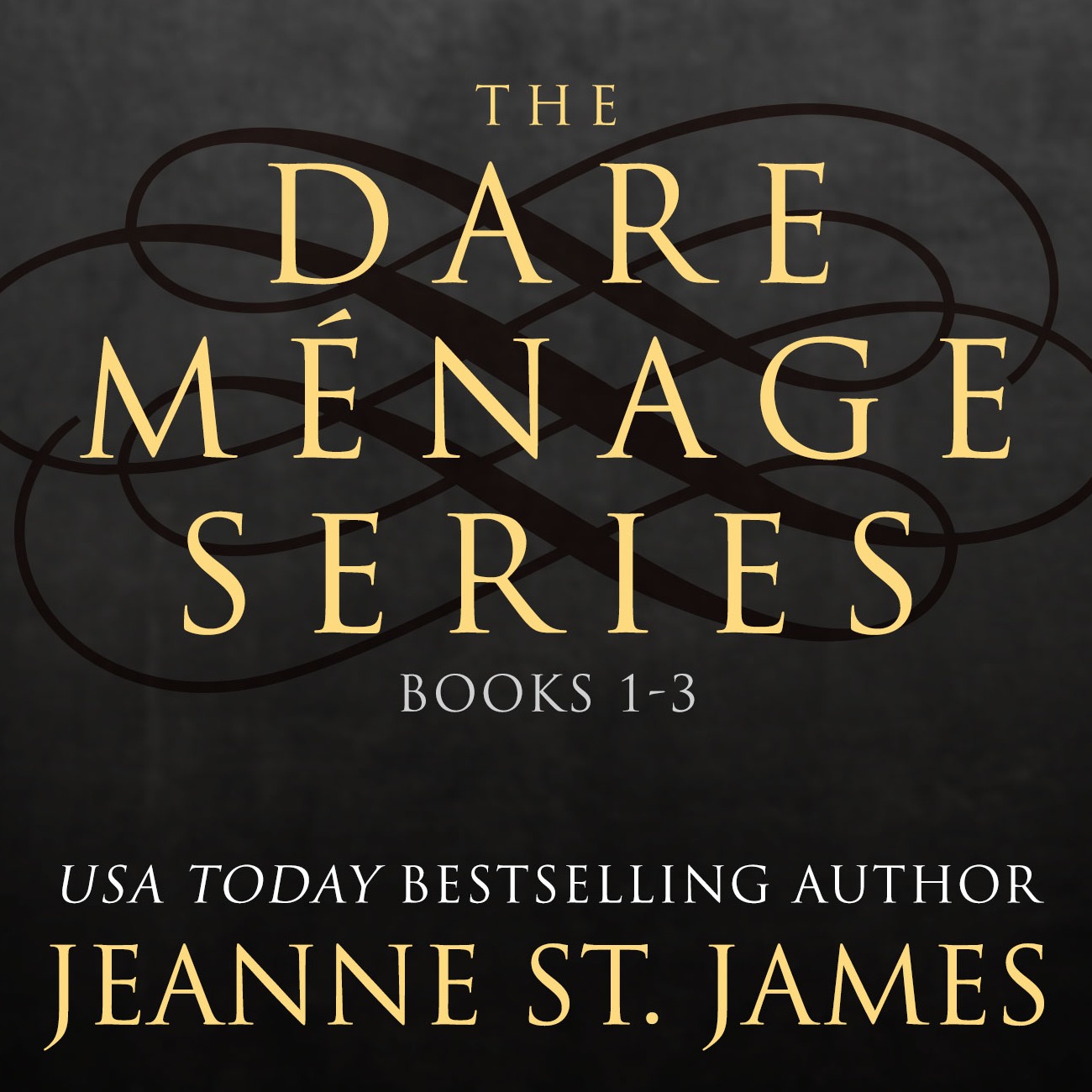 What could be better than waking up next to a hot guy? Waking up sandwiched between two of them.

Quinn Preston, a financial analyst, is not happy when her friends dare her to pick up a handsome stranger at a wedding reception. What better reason to give up men when her previous long-term relationship had not only been lackluster in the bedroom but he had cheated?

Logan Reed, a successful business owner, can't believe that he's attracted to the woman in the ugly, Pepto-Bismol pink bridesmaid dress. And to boot, she's more than tipsy. After turning down her invitation for a one-night stand, he finds her in the parking lot too impaired to drive. He rescues her and takes her home. His home.

The next morning Quinn's conservative life turns on its ear when Logan introduces her to pleasures she never even considered before. And to make things more complicated, Logan already has a lover.

Tyson White, ex-pro football player, is completely in love with Logan. He has mixed emotions when Logan brings home Quinn. But the dares keep coming...

Never in her life has she been so bold to propose something so daring...

Since losing her husband years ago in a tragic accident, Eve Sanders hasn't dated. Her husband's death proved life is short, so why waste time denying her unfulfilled desires. Eve desires two men, but not just any two. Both happen to be former Super Bowl champions and best friends.

When both men participate in a Celebrity Date Night charity event, Eve's determined to not only be the winning bidder for the retired NFL quarterback Lawrence "Long Arm" Landis, but also Cole Dixon, his former Boston Bulldog's teammate. However, Ren not only has a problem with another man dating the same woman, but he definitely isn't planning on sharing her in the same bed. Even if it's with his best friend.

Openly bi-sexual, Cole is sexually attracted to Ren and has secretly wanted him for years. He's never acted upon it, assuming Ren wouldn't want to be with another man. Eve's daring proposal gives Cole hope his dream with Ren will come true.

Being with two men is one of Eve's fantasies, but never in her life has she been so bold. Not only is she nervous about proposing something so daring to the two men, but will both be willing?

DARE TO BE THREE:

He was dark. So dark, she couldn’t keep her gaze from him…

When Paige Reed spots a man across the room at a party, she’s fascinated and decides she wants him in her bed. Fortunately, her husband, Connor, doesn’t mind. He’s attracted to the powerful man too.

Always bi-curious, the right opportunity has never presented itself to Connor Morgan. Until now. He doesn’t mind bringing another man into their marriage as long as it doesn’t drive a wedge between him and Paige.

Former NFL player, Graedon Ward likes to be in control. He’s more than pleased with Paige's obvious interest. However, she makes it quite clear: it's a package deal. If he wants her, he has to take on her husband too, and past experience has taught him that’s a dangerous road to travel.

Gryff Ward made a serious mistake when he hired the hot-as-hell defense attorney Rayne Jordan as an associate in his high-profile legal firm, even though she’s one of the best. Now he’s struggling to keep it professional, especially when she insists on calling him “Boss.”

Rayne’s been attracted to the firm's top attorney ever since her interview. And she’s well aware that calling the conservative man “Boss” drives him crazy…in a very good way.

Add Trey Holloway, their newest client, a troubled NFL quarterback, into the mix. Tension arises when it’s clear that both Gryff and Trey want Rayne and Gryff is willing to fight for her. However, Trey doesn’t hide the fact that he wants Gryff too.

Now Gryff’s having a hard time fighting not only his attraction to Rayne but to another man. Even though he stubbornly refuses to admit his deepest, darkest desires.

Then Rayne takes control. She’s determined to have them both in not only her bed but her life, and she won’t give up until she does.

One woman, two men, a fierce attraction and a danger that could destroy them all...

Olivia Holloway’s life has never been easy. On her own at sixteen, she’s fought to survive ever since. When she finds herself in a dangerous situation that even she can’t handle, she has to break down and ask for help. She reluctantly seeks it by showing up at her estranged brother’s law firm. However, it’s not her brother, Trey, who steps in, it’s the firm’s private investigator, Elliot Stone and his husband, Grant Lane. They agree to hide her at their home to keep her safe after she witnesses a powerful Senator commit murder.

Together for a decade, Eli and Grant’s marriage is solid and they’re still deeply in love. But when Olivia shows up at the firm they both work at, Eli feels a pull toward the woman he can’t deny. Only now he needs to convince his husband that bringing her into their relationship will not destroy what they have but only enhance it. However, will Grant agree?

And will the trouble that’s following Olivia put them all at risk?

Two paths: one new, one familiar. And a burning desire to choose them both...

When Damon spots a stunning redhead on his plane, the pilot’s determined to get to know her better. It’s been a long time since he’s experienced an instant connection with anyone. The last time was with his former lover, who left without an explanation over five years ago, devastating him. Though now cautious when it comes to relationships, MacKenzie just might be everything he’s looking for and more.

Not expecting to meet the tall, dark and handsome captain on her flight home, Mac finds Damon’s domineering persistence a turn-on. She decides to take a chance on him, which, in the end, might be a mistake when a person from his past returns. A man Damon loved and still does.

The last five years had been dark journey for Trevor, and he’s now ready to return to the light. He’s back in Boston to not only ask for forgiveness but to reconnect with Damon, since he still loves the man. However, there’s a complication. Damon is seeing someone else and Trevor might be too late.

Note: While each book in this series can be read as a stand-alone, it is preferable to read them in order due to characters appearing throughout the series. All books have an HEA ending. It is intended for audiences over 18 years of age since it includes MMF scenes between all three characters.