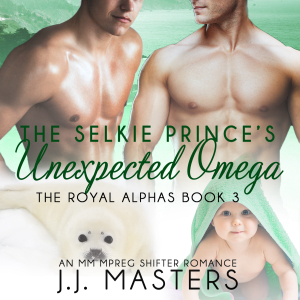 An alpha claim. A possible heir. A Selkie prince whose mistake might just be what the fates intended.

Zale, the third alpha-born son of King Solomon, is concerned. His youngest brother, Caol, has been spending time with an unbonded omega. Being a responsible alpha, Zale feels it’s his duty to warn the omega Finn before he and Caol get into trouble. Especially since Finn had only been brought to the colony by their father in case his oldest brother’s fated mate couldn’t conceive. However, when Zale goes to Finn’s quarters to have a word with him, he isn’t expecting to discover what he does: the omega in the throes of oestrus and begging for an alpha’s assistance.

Finn has nowhere else to go. Not only unwanted by his own family, his previous alpha perished in a tragic accident. So for the past two years, the omega has relied on the King of the North’s generosity, even if it means he may end up as a surrogate for one of the alpha-born princes. Or even worse, the king’s sixth mate. But when the Prince Zale comes upon him during his heat, Finn demands relief from the alpha. Although afterward, has to live with the guilt. Now, he might not only be carrying the prince’s son, he may have very well ruined Zale’s chance to find his true fated mate...

Note: A 58k-plus word m/m shifter mpreg story, this is the third book in the Royal Alpha series. Due to the “knotty” times in this book, it is recommended for mature readers only. While it can be read as a standalone, it’s recommended to read the series in order. And, like all of my books, it has an HEA.