THE SCHOOL OF INTUITION (BASIC EDITION)

50: How to Ultimately Transmute Negative Energy (for Those Who Are Ready) 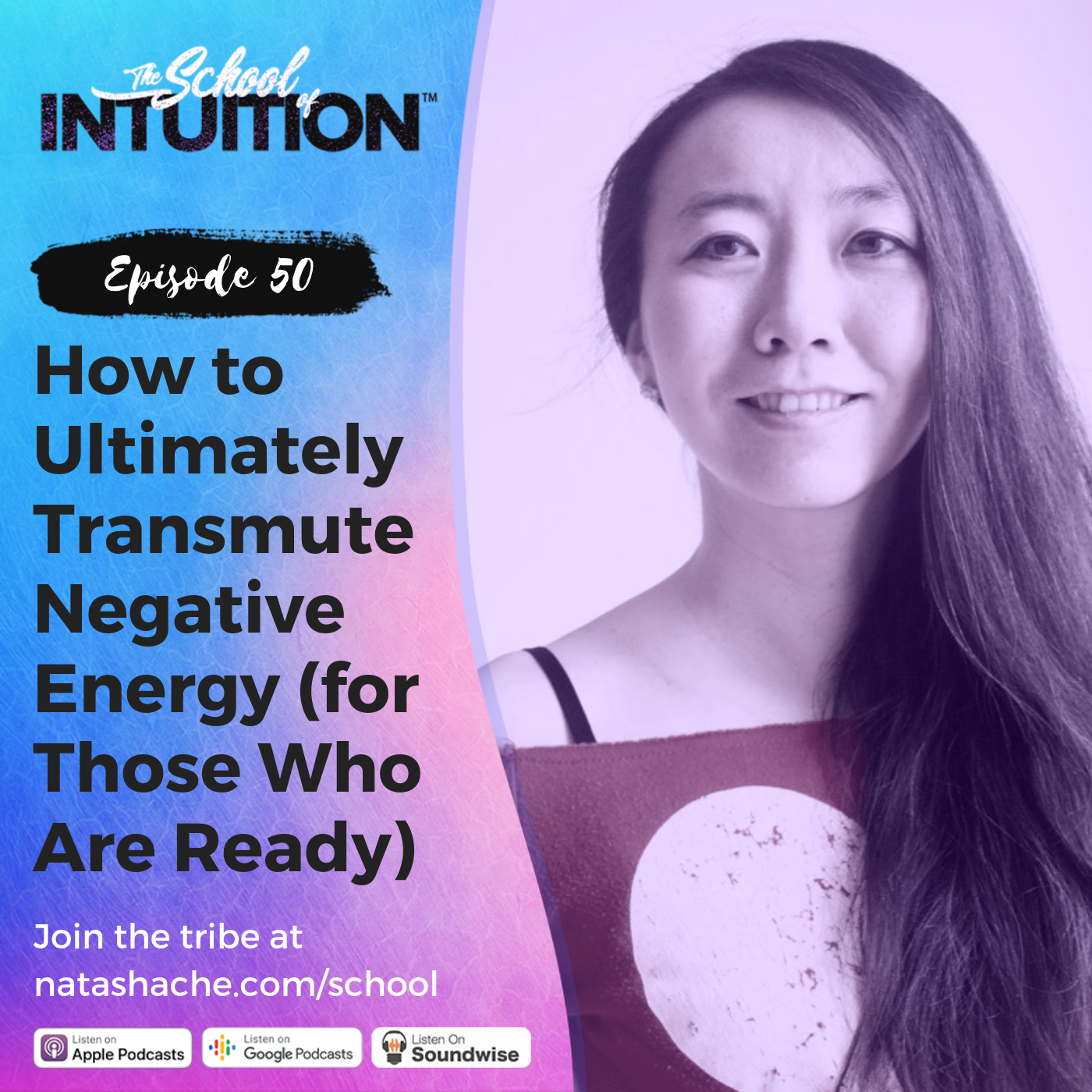 THE SCHOOL OF INTUITION (BASIC EDITION)
50: How to Ultimately Transmute Negative Energy (for Those Who Are Ready)
23 likes
1703 listens
ACCESS ENTIRE SERIES

When I was 10 years old, one day I was alone at home and discovered--to my horror--a large family of cockroaches in the kitchen cupboard. It was an emergency situation. I wasn’t sure what disturbed the roaches. But when I opened the cupboard, hundreds of them jumped out at me from nowhere. An army of dark force.

I was grossed out and scared to death.

My heart pounding and my hands shaking, I grabbed a bottle of insecticide and sprayed the whole kitchen with it. The kitchen was so filled with chemicals that probably for an entire month, everything that came out of there smelled toxic.

Why am I telling you this?

Because that’s an exact metaphor for how most people treat “negativity”. They are so grossed out and afraid of it. And as soon as they catch a tiny glimpse of it, they grab a bottle of so-called “positive energy” and spray the whole universe silly.

But here lies the irony. The impulse to eliminate negativity--or bad karma, lower consciousness, whatever you call it--from your space is quite negative in itself.

As an empathic badass on a path of expanding consciousness, sooner or later you realize that the common wisdom regarding negativity is too limiting to your mission on this earth.

Who else in your life need to listen to this episode? Send them a screenshot or the episode link.

Sign up for the Power Mornings audio course at natashache.com/morning.

Subscribe to the School of Intuition on Soundwise: natashache.com/school